Devices showing up only in group menu not device menu

I have three R sensors connected to the MetaBase App on Android. Two of the sensors were originally configured and I grouped them (group '2' in the screen shot, and you can see both in the group '2' screenshot). I recently added a third sensor 'Metawear3'. I want to be able to group all three devices, however, my original two sensors don't show up in the 'Devices' list. Only the new one does, so that's the only one that can be selected to create a new group. There's no way to add a device to an existing group, so I'm stuck. I've tried clearing the app data and reinstalling the app, however, I can't get the app to a state where it doesn't remember the devices configured in this way. What can I do? 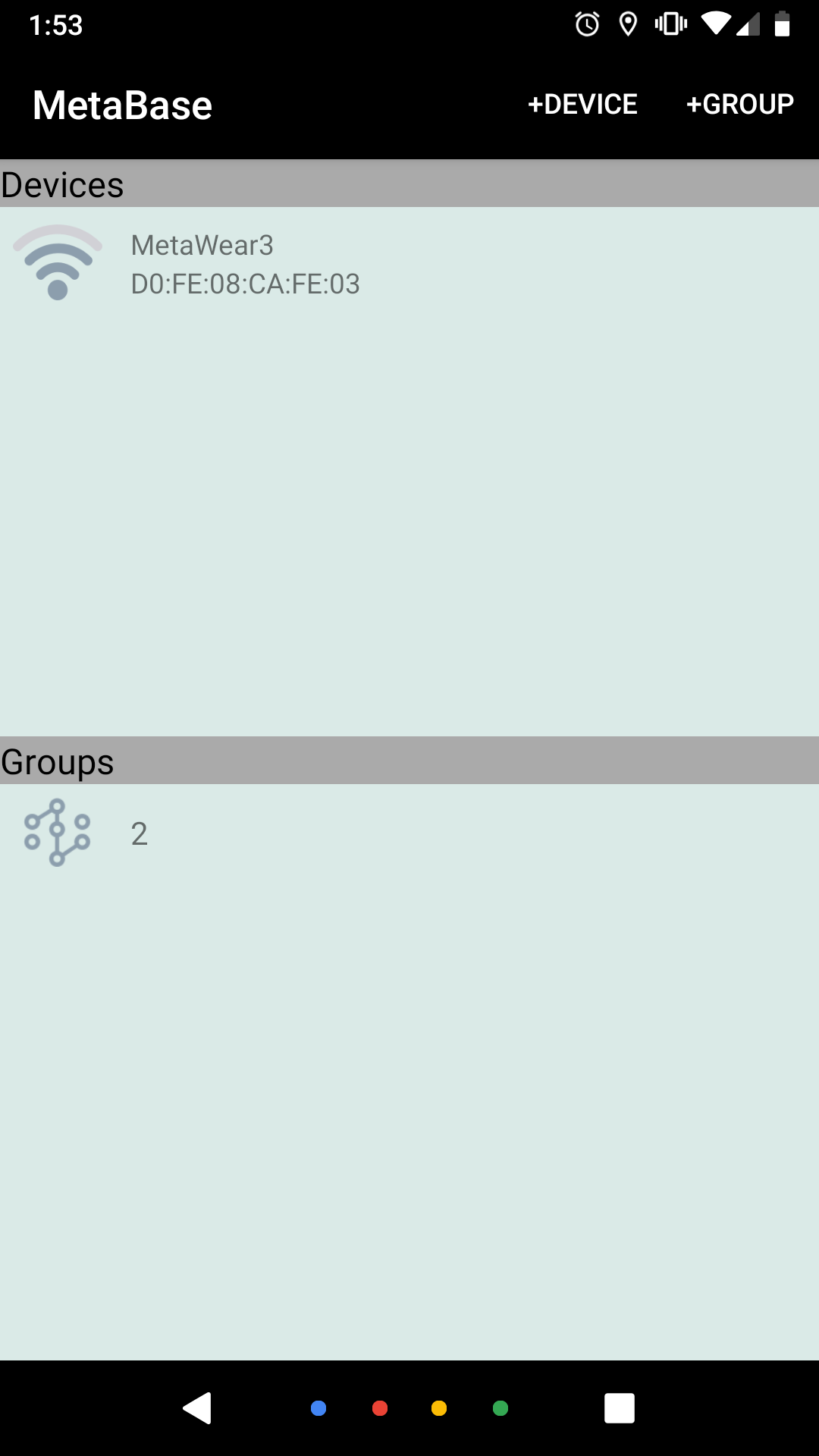 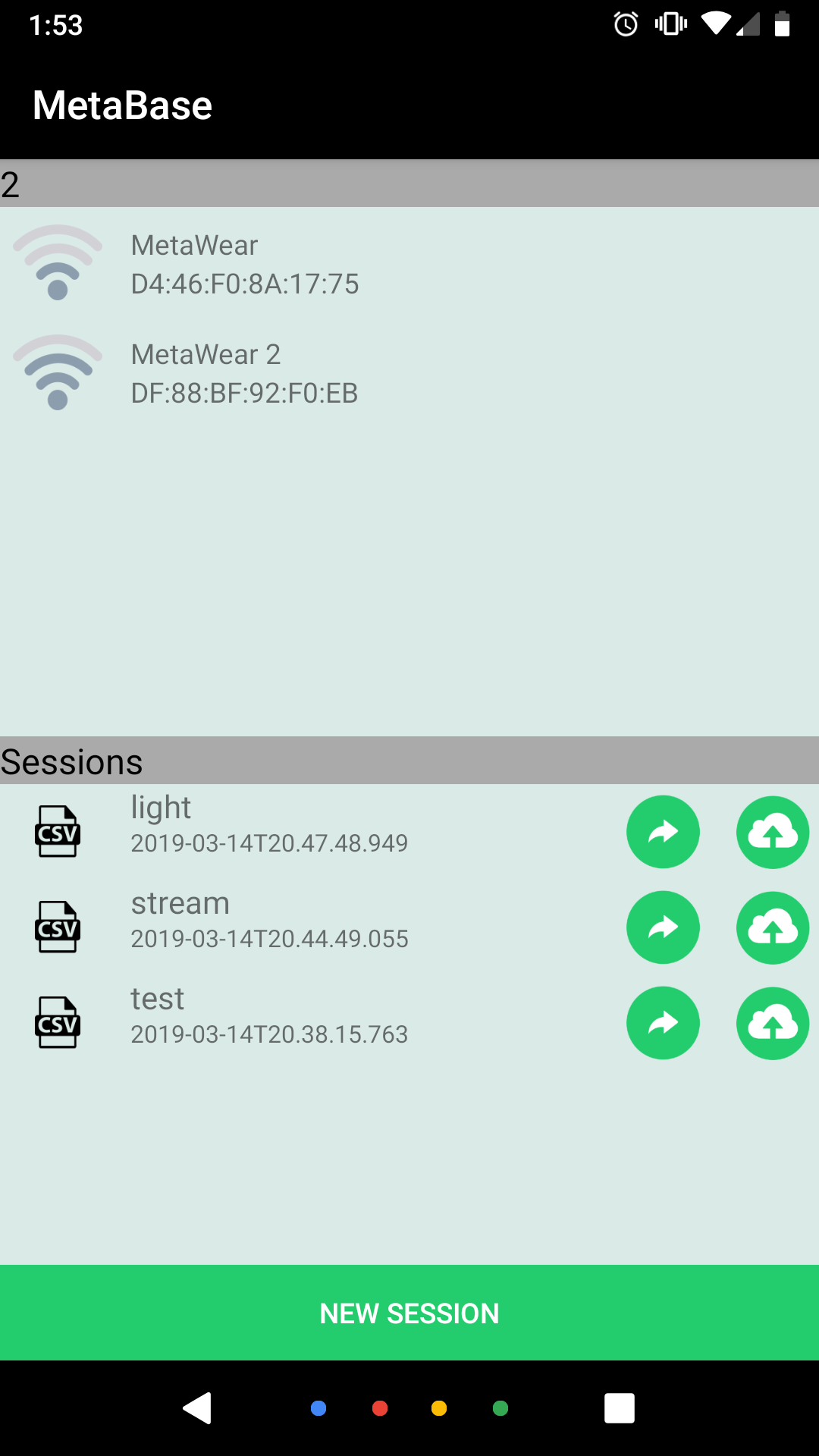