Currently we are using meta wear C and collecting data on a iPhone XR, and a Dell Inspiron 7573. We have run numerous iterations of both streaming and logging with both Accelerometer and Gyroscope readings enabled at 200 hz (after recent update streams have been done at 100hz each). The biggest issue we ran into was a noticeable decay in sampling rate.

After preliminary tests to reproduce the errors several interesting observations were made:
-While streaming to the laptop the data would come in in irregular groups of 3 to 9 at the same time and subsequent timestamps would be also appear at irregular intervals.
-While logging the data it was possible to find the mean time interval between timestamps to be slightly larger then what would be yielded by an ideal 200 hz sampling rate. So this explains why the time stamp may be accurate but sampling rate is not.
-In one specific set of trials (3 tests: 5, 12, and a 20 minute test)
The actual time intervals consistently averaged at ~0.005076 second intervals which indicates a sampling rate averaging around 197.0055162 where we aimed for 200hz. This helped explain why the number of data points taken in the stream are less than what would be expected at a 200hz for the amount of time the test was run.
-Unfortunately this decay in sampling rate isn't consistent, the very next day the time intervals now consistently averaged at a different value (still larger than the ideal 0.005 s)

Now several 30 minute trials were done to test the viability of the sensor in longer term tests (eventually want trials of >24 hours of streaming/logging). Unfortunately new errors started popping up that made it harder to test the original error. Such as large chunks of missing data or early termination of the data stream. Making the 24 hour trials not plausible.

Overall, our setup involves just the meta base app on the Iphone XR and from the windows store on the Dell Inspiron 7573 streaming and logging for the Accelerometer and Gyroscope at 200 hz (or 100 hz now for streaming). The time stamp accuracy is important to us because we have an external counter that we would like to sync up with the sensor's internal timer so that we can connect a graphical event to one in a video. 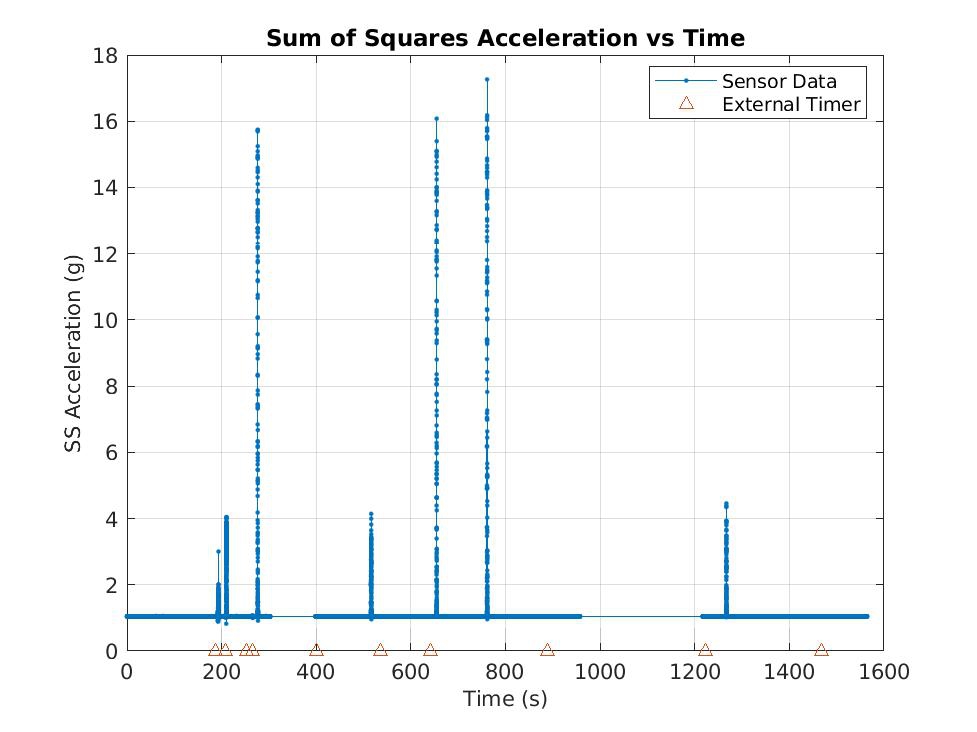 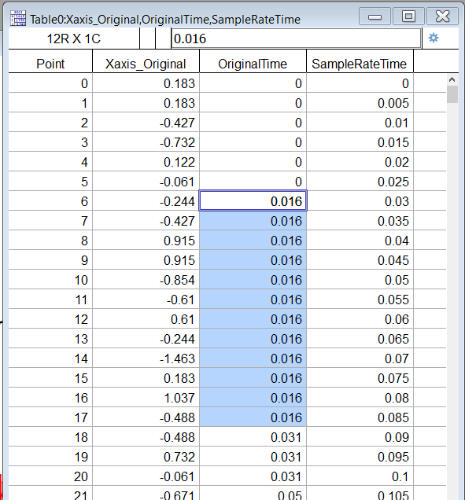